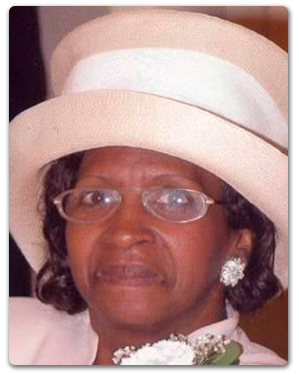 Mother Regina Rose Edwards was appointed to the position of Jurisdictional Supervisor, Department of Women, First Ecclesiastical Jurisdiction, Southwest, Michigan, March 1, 1991.   She was appointed under the leadership of the late, Bishop Willie L. Harris. In October 1992, following the demise of Bishop Harris, Bishop John H. Sheard made choice of Mother Edwards to continue in the position of Jurisdictional Supervisor, a position she holds as of this writing; going into her 21st year.

Mother Edwards is a native of River Rouge, Michigan. She is the eldest of fifteen children born to the late Elder Eugene and Rosalie Hogan. Mother Edwards was educated in the River Rouge, and Detroit Public School Systems and graduated from Southwestern High School in Detroit, Michigan. She later attended the Detroit Institute of Commerce and the Detroit Bible College. At the age of 14 years old, a member of Polk and Hall Church of God in Christ, River Rouge, Michigan, under the pastorate of the late Superintendent John R. Gaudy, Sr., Mother Edwards accepted Christ as Savior and Lord of her life and received the Baptism of the Holy Ghost. The church is presently known as Gaudy memorial Church of God in Christ.

Mother Edwards has dedicated her life to the work of the Lord. She has been active in the church on the local, district, and jurisdictional levels, and has held the following offices: President, Women’s Department, New Testament COGIC, Sunday School Teacher, New Members Class, District President of the Pastor’s and Ministers Wives, District Missionary #3, State President YMCC, State Platform Chairperson, Co-chairperson Ways and Means Committee, Chairwoman of the Prayer Warriors.

Mother Edwards is a Woman of faith, consecration, prayer and vision.  She is a woman anointed by God and is fully committed to the work, which by the grace of God, is assigned to her hands. She is an organizer of woman with a unique ability to inspire greatness in others. She has keen insight, both spiritual and natural, such as is beneficial to the successful direction, development and implementation of women’s work and ministries. Mother Edwards is a Women of spiritual strength attained through much prayer and the Power of the Holy Ghost. Among her many righteous desires is that she will leave behind a spiritual legacy that will endure well into the 21st Century and beyond.