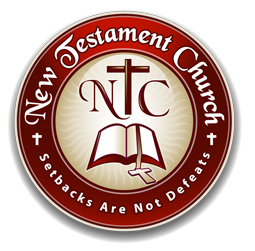 Nearing 100 years old yet still consistent and fresh in its biblical approach, Access Church of God In Christ (formerly New Testament Church of God in Christ)  was founded on the prayers of the late Elder Fred Winans in 1923. Formerly known as Wilkins Street Church of God in Christ, located at 925 Wilkins Street,  the Lord saw fit to add to the membership numbers through the prayers, faith and hard labor of the membership. It became evident that a larger sanctuary was needed.

The Lord called Elder Fred Winans from labor to reward in 1939. In need of a new Shepherd and Pastor, Superintendent Clifton Williams was appointed to lead the church to the next level in ministry. In 1950 under Pastor Williams’ leadership the dream of moving into a larger edifice became a reality when the congregation was moved to 4420 St. Aubin, Detroit. Following 31 years of faithful service the Lord called Pastor Williams from labor to reward.  On June 1, 1971, through God’s divine providence, Elder Nick S. Edwards, Sr. was installed as associate pastor of New Testament. He was later appointed pastor on January 22, 1972.

Launch out into the deep

Through much prayer and supplication, Pastor Edwards wrote the vision and made it plain. By the leading of the Holy Spirit the church began to grow at an accelerated speed. Many souls were added to the church and Pastor Edwards’ was compelled by God to leave the shorelines and launch out into the deep. The congregation grasped Pastor Edwards’ vision and followed as the church headed for the Promise Land!

In May of 1976 the congregation moved to 15003 Joy Road. Under the leadership of Pastor Nick Edwards Sr., New Testament COGIC served the community by opening a K-12 school, New Testament Christian Academy to provide children with a Christian education. Many great leaders, ministers and Pastors have been equipped for God’s service under his leadership.

Setbacks are not defeats

The Lord called Pastor Nick S. Edwards, Sr. from labor to reward on April 25, 2009. Elder Brian Edwards became Elder-in-charge and was appointed pastor on July 9, 2009. In tribute and memory to his father Pastor Brian Edwards established our church logo, which houses one of his father’s most memorable quotes: “Setbacks are not defeats”.

Pastor Brian Edwards is a man after God’s own heart.  He is a profound bible teacher who is committed to the Lord Jesus Christ and feeds the people God’s Word and boldly leads people before the throne of grace. Pastor Edwards fully believes, teaches and lives out the Word of God. He is a visionary and true servant with a heart for God’s people.

Through evangelism and community outreach ministries such as Without Walls Worship, Each One Bring One, tent revivals, food and clothing giveaways, and an open call to pray,  Pastor Edwards has been able to offer unconditional love and hope to all.